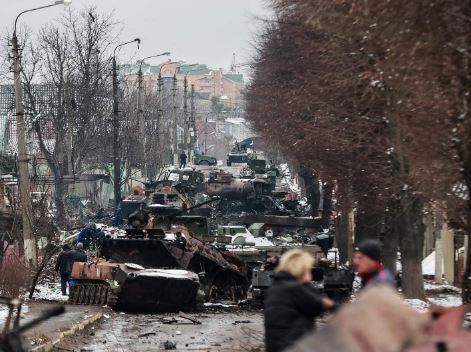 Russia and Ukraine are not taking the name of the end of the 20-day war, in the midst of all this, such a picture has come to the fore, which can be guessed by seeing what is happening to Russia.

According to information obtained in a confidential manner, pictures of personal statements written by Russian soldiers emerged. who took part in military action in Ukrainian territory and returned to their home bases.

The fear of the Russian soldier will be to such an extent that you can guess by looking at this picture.

Personal statements are addressed to the commander of their military units and are said to be their author’s refusal to return to the field of combat missions in Ukraine.

Ukraine-Russia War 2022: In Ukraine, it can be inferred from the fact that even though Russia is very powerful, but in front of courage and passion, everything proves to be weak, weak, sow, we can see the example of this with our own eyes.

Reasons for the failure of the Russian army

The Guildhall news agency in Ukraine received personal statements written by soldiers and officers belonging to the 41st Combined Arms Forces which were stationed all over Ukraine at the start of the invasion.

The main reasons for the soldiers’ refusal ascribed their reluctance to use the soldiers as cannon fodder.

Commanders cited failure to explain the reasons for the military operation in Ukraine, lack of technical means and ammunition, communication failure within the chain of military command, and many other reasons.

Sergeant Supper M. Mirapov wrote in his personal statement to the commander of the military unit that I hereby report that I consider it impossible to redeploy it due to the unit’s poor organization, lack of communication and technical means.

On my original tour, I arrived without understanding why I needed to be there, without any explanation of the task. I don’t want to be cannon fodder.