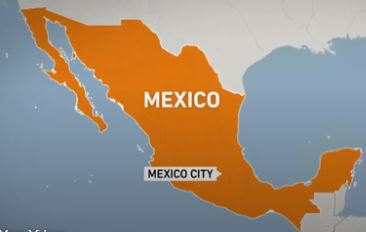 There is a possibility of much damage due to this terrible disaster in @Mexico, the news of the death of 2 people has also come to the fore in the earthquake.

On Tuesday, a 5.8-magnitude earthquake struck #Mexico‘s Mico Acan region, which shook the entire city, the earth and the sky trembled.

The magnitude of Monday’s earthquake was measured 1.6, which can be said to be very large or high intensity, earthquakes of this intensity were previously seen in 1985 and 2017 in which many people were killed.

This dangerous earthquake has caused one death in front of #Mexico‘s Manzanillo department store and another in the mall.

A tsunami warning was also issued soon after the #earthquake.

But some officials said that the threat of a tsunami was gone and the sea was 0 . Waves as high as 3 meters could be seen.

In the last few weeks, tremors of varying intensity have been felt in other countries as well, which has shook the entire city of the country, people are seen running to save their lives.

Recently, due to the dangerous #earthquake in Taiwan, the whole city of Taiwan was terrified of fear and it was also reported that there was a lot of damage.

#Earthquake somewhere around the world, storms somewhere outside and war is going on continuously, which seems to be taking mankind towards destruction, all this can be said to be a danger arising out of over-exploitation of nature.