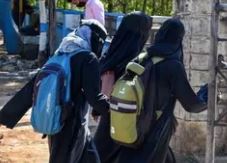 The Karnataka High Court held that wearing hijab is not a necessary religious practice of the Islamic faith and held that the prescribing of uniform is a reasonable restriction on fundamental rights.

A section of girls at Udupi Pre-University College were asked to wear hijab inside their classes.

After this some Hindu students reached the college wearing saffron shawls.

What will be the effect on the Karnataka Hijab controversy verdict

In such a situation, a controversy arose on this issue, there have been protests from Karnataka against the hijab across the country.

State government made dress code mandatory in all school colleges

these were the questions

Is wearing a hijab a compulsory religious practice in Islam?

Is the instruction of school uniform a violation of rights

Is the Karnataka government’s February 5 order barring students from wearing such clothes which can disturb peace, harmony and law and order.

Violates Articles 14 and 15 apart from being incompetent and clearly arbitrary.

My Muslim women wearing the hijab is not a part of the religious practice required under Islam.

Prescription of school uniform is a reasonable restriction to which students cannot object.

The government has the power to issue orders.