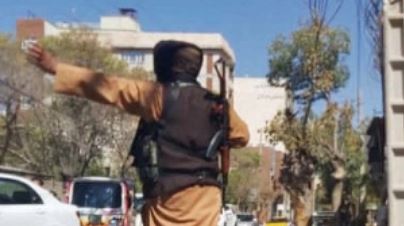 Major civilians are reported to have been killed in a suicide bombing case in Afghanistan.

There was a suicide attack on a mosque in western Herat where people were staying.
Hundreds of civilians were seriously injured in this suicide attack.

was a dangerous attack

The explosion was so dangerous that it has come to the fore that 18 people present there were killed.

It has also come to the fore that Taliban supporters were killed in this blast.

The explosion was so powerful that there were blood-soaked bodies lying around, no group claimed responsibility for the attack yet.

On Friday, during the afternoon prayers, the worshipers seemed to come and go, at the same time there was an explosion in the Gujargah mosque, due to which the bodies were seen flying in pieces.

Taliban spokesman Zabihullah Mujahid said the bombers would not be pardoned.