Hyderabad: A mob of about 40 people barged into a house and forcibly abducted a 24-year-old woman. Which you can also see in the video.

One can clearly see a frightening video in Hyderabad, how a 24-year-old woman is forcibly abducted by a group of people in the name of marriage.

When this matter came before the police, the police took action and saved the woman with one hour’s hard work. And some of the accused have been caught.

The woman, who was working from the house of a doctor, was abducted after breaking into her house in Adibatla village of Ranga Reddy district near Hyderabad.

The woman’s parents say that around 100 people barged into their house and forcibly took away their daughter. But according to the videos, around 60 to 70 people can be seen clearly. Who are carrying out the kidnapping incident.

Allegations are being made by the family members that they are harassing the girl by forcing her to marry.

Residents happy after getting 25 leases distributed in Ratlam Ishwar Nagar 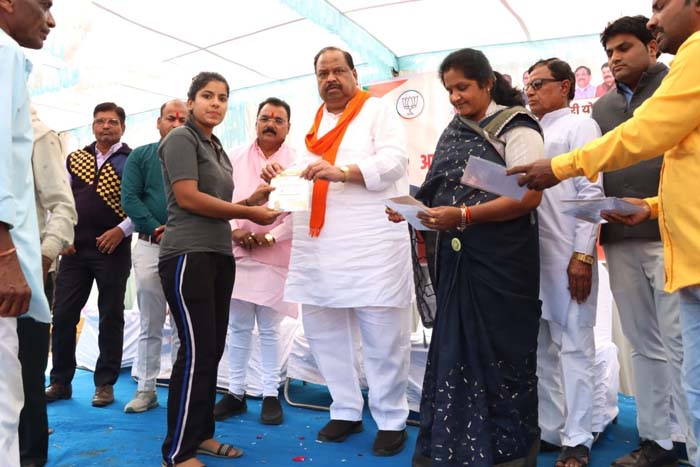