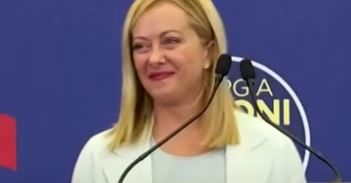 What will happen, how will the power be in the hands of a woman, will a stable government and a reliable government be available to Italy, all these things are reverberating in the political corridors.

One and only one voice is being heard that this time Georgia Meloni, who appeared the most loud in the election this time, is only Georgia Meloni who is from the right wing ideology.

The citizens of Italy seem to be much happier. Exit polls believe that this time in the political history of Italy, the election of a female prime minister is almost certain.

Political instability is necessary to deal with the problem plaguing the euro area’s third-largest economy, the right-wing coalition winning Italy’s national election. Which is said to be the beginning.