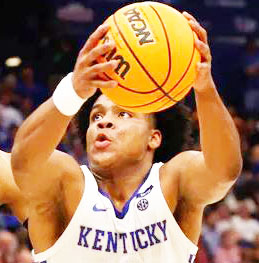 Interesting and fun tournament Can the Kentucky Wildcats improve their odds of earning the No. 1 seed in the NCAA Tournament starting tonight against Vanderbilt in the quarterfinals of the SEC Tournament.

Final Kentucky 77 Vanderbilt 71
It was not easy but No. 3 seed Kentucky against No. 11 seed Vanderbilt in the SEC tournament.

It was fun seeing this match, the players did not want to leave the ball with their hands.

Other players chasing the player

SEC Men’s Basketball Tournament: Tyty Washington led the Cats’ scoring department with 23 points. Washington made 4 out of 5 of his 3-point attempts. Davian Mintz and Jacob Toppin also had 10.10 points.

Jordan Wright had 27 points and 6 rebounds for Vanderbilt.