Ratlam 18th November 2022 I came to know from social media that threat letter was received in Indore and my name was written on its envelope. I have nothing to do with any such letter. It is a conspiracy to defame me.

City MLA Chetanya Kashyap said this in a statement issued to the media. He told that he is on Mumbai migration, as soon as he got information from social media about threat letter in Indore and conspiracy to write his name on its envelope, he immediately discussed with Ratlam SP and Indore Police Commissioner, Mr. Kashyap told that he has taken up this matter. There has been a demand for a high-level inquiry to be conducted and strict action should be taken against the conspirator immediately after catching them.

As soon as the city MLA came to know about the threat received by Rahul Gandhi, he lost his senses and in panic issued a statement to the media and immediately discussed with SP Ratlam and Indore Police Commission.

As soon as the news of this thing spread like fire in the city, the discussion about the MLA started at every intersection.

MLA Chetanya Kashyap has talked about catching those who spread such news on social media soon. And taking this matter seriously, has also demanded a high-level inquiry.

Rahul Gandhi's threat case, See how is the letter which created a stir, question on security, one arrested, 18Nov 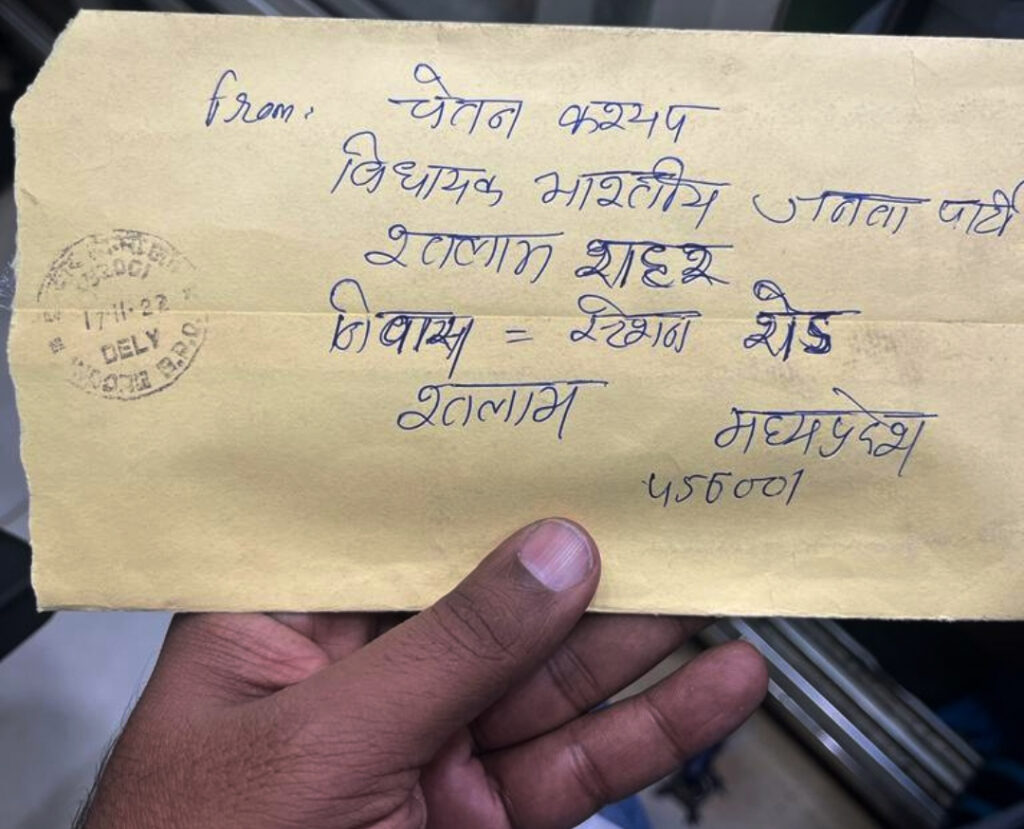