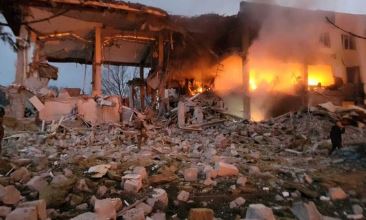 Russia on Sunday launched airstrikes on a military base in western Ukraine, 11 miles from the border with Poland where NATO forces are on high alert.

Russia is going on the offensive against Ukraine, Russia can overcome any advantage. Thousands of people are dying due to this war. The city is being destroyed.

#Putin #Zelensky’s war: Attacks on Ukrainian cities continue as Russian rockets hit a base 10km from the Polish border
The death toll at the Yvoryev training base in western Ukraine currently stands at 35, with dozens more injured. Meanwhile, Brent Renaud, an American photojournalist and documentarian, has been killed while reporting from Ukraine and peaceful protests erupted in the Russian-controlled Ukrainian city of Kherson.

The computer maker will consider its reputation and plan to furlough its employees and business in Russia, Taiwan’s economy minister said after a Ukrainian minister asked to leave the country.