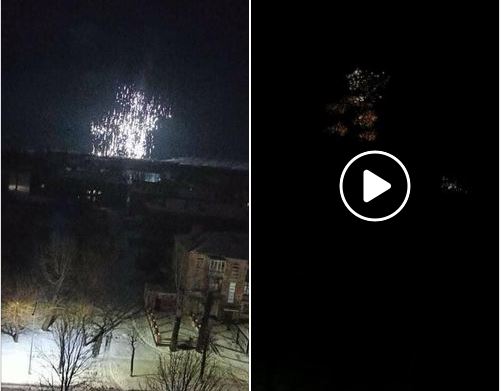 #PutinZelenskyWar: According to the information, flammable phosphorus burns at a temperature above 800 ° C, due to its explosion the fire can spread over large areas up to several hundred square kilometers.

The use of phosphate weapons of Russian soldiers is frightening and dangerous for mankind, whose effect will be seen in history.

#Putin #Zelensky #War:
The use of lethal and lethal weapons can result in very serious and painful injury or slow and painful death.

The 1977 Additional Protocols to the Geneva Conventions prohibit the use of white phosphorus munitions as a result of its use resulting in the risk of civilian lives.