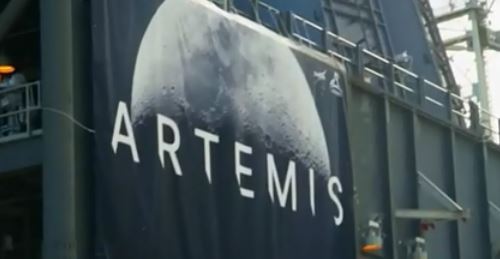 #NASA’s Kennedy Space Center in Florida #NASA’s journey around the #moon is a golden day 2022.

The Space Launch System is a 322-foot giant larger than the rocket and Orion spacecraft. Which shines with the first ray of the sun.

Final preparations have been completed at Launchpad 39. You can get more information about this from #NASA.

Taking information about the weather conditions, the weather is found favorable for the launch.
The Artemis team is engaged in carrying out all its preparations, so that no small mistake should cause a big loss. Every angle is being tested.

The deficiencies noticed regarding fuel filling have been rectified. The one who is ready to travel around the #moon, this non-human vehicle will see a beautiful view, will evaluate it, will collect new information.

42 day journey 1.3 million away will give birth to a new discovery, a new dawn, a new identity, a new history.

The biggest thing is that humans will not ride in it, effigies will travel in place of humans.

The team found a bug that is being fixed The launch team discovered a problem with an engine bleed in one of the rocket’s four engines which is being fixed.

Out of the four engines, one is being rectified in three working engines which is less than expected. This shortcoming is also being ascertained as to what is the reason for the delay of 1 minute.

What caused the 11-minute delay in communication between the Orion spacecraft and ground systems could upset the terminal’s count. This is all for the time when the countdown is about to begin.