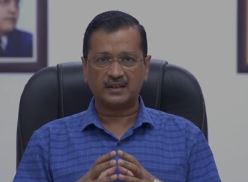 New Dehli \ India Kejriwal seems to be successful in his new trick, he wants to make the election results in his favor by putting Ganesh Laxmi pictures on the notes, but the public is not ready to understand this.

Kejriwal is clever, clever, intelligent, he wants to be successful in any way in his new trick, for this he wrote a letter to the Prime Minister of India, Narendra Modi, in which it has been said that there should be pictures of Ganpati and Mata Lakshmi on the note currency, thus he is in India. Want to establish our supremacy, later it will happen that we have put Ganesh Lakshmi picture on the note so that Kejriwal can get benefit in coming elections.

If the public falls under the guise of #Kejriwal, then its far-flung consequences can be frightening, it is said that distant drums always sound good, but the reality is opposite to that. Kejriwal wants to win the election, for this the efforts and strategy being made by him can be called wrong.