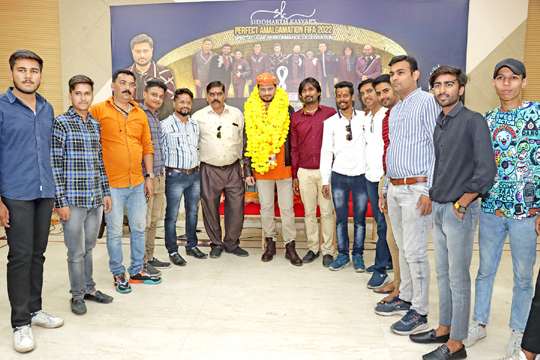 Qatar-Doha–Ratlam | #Musician #Siddharth #Kashyap, who returned to Ratlam by performing at the inauguration of FIFA World Cup 2022 held in Qatar Doha, was welcomed and honored by various organizations and organizations. In such a large scale event organized on the world stage, Ratlam’s musician Mr.

Kashyap through his Perfect Amalgamation Musician Band gave innovative performances with the fusion of Indian and Western instruments.

From morning till night, a large number of people who came in different groups were welcomed and honored. During this, Mr. Kashyap shared his experiences of performing with the fusion of Indian and Western instruments by his band at Lussen, the biggest and main stadium in the FIFA world.