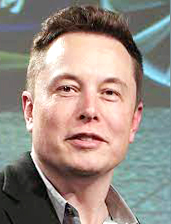 Elon Musk has come up with a new fund, on the basis of which there can be peace between Ukraine and Russia.

Elon Musk plans to hold UN-supervised referendums in the four occupied territories, which Russia moved to the annex last week.

There has been a lot of condemnation on Twitter on this matter.

Elon Musk has put this thing so that Russia’s invasion should be ended and on this idea, there was a dispute on social media with Ukrainian officials including President Vladimir Zelensky.