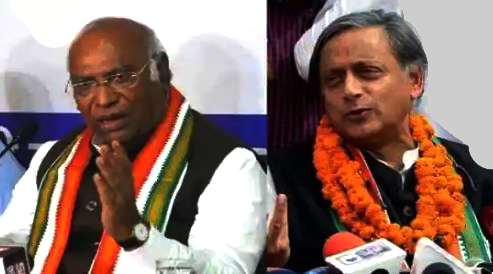 In the history of India, familyism was innate in the Congress party, which has ended today.

#Mallikarjuna has become the newly appointed Congress President of the Congress party, leaving behind #Mallikarjuna Shashi Tharoor in the Congress’s candidature and with this the post of family ward president in Congress ended.

For almost 75 years, the Congress had been maintaining its familyism on the post of President, it has completely ended.

The Congress party on Wednesday elected its first leader from outside the Nehru-Gandhi family in two decades but the move does not appear to be a challenge to Narendra Modi in the 2024 general elections.

The prospect of Congress is also less visible in the coming elections, 9000 delegates voted in the election to choose 80-year-old MLA Mallikarjun Kharge as the president.

Mallika sings and dances with the drums as she celebrates Arjuna becoming the new Congress President.