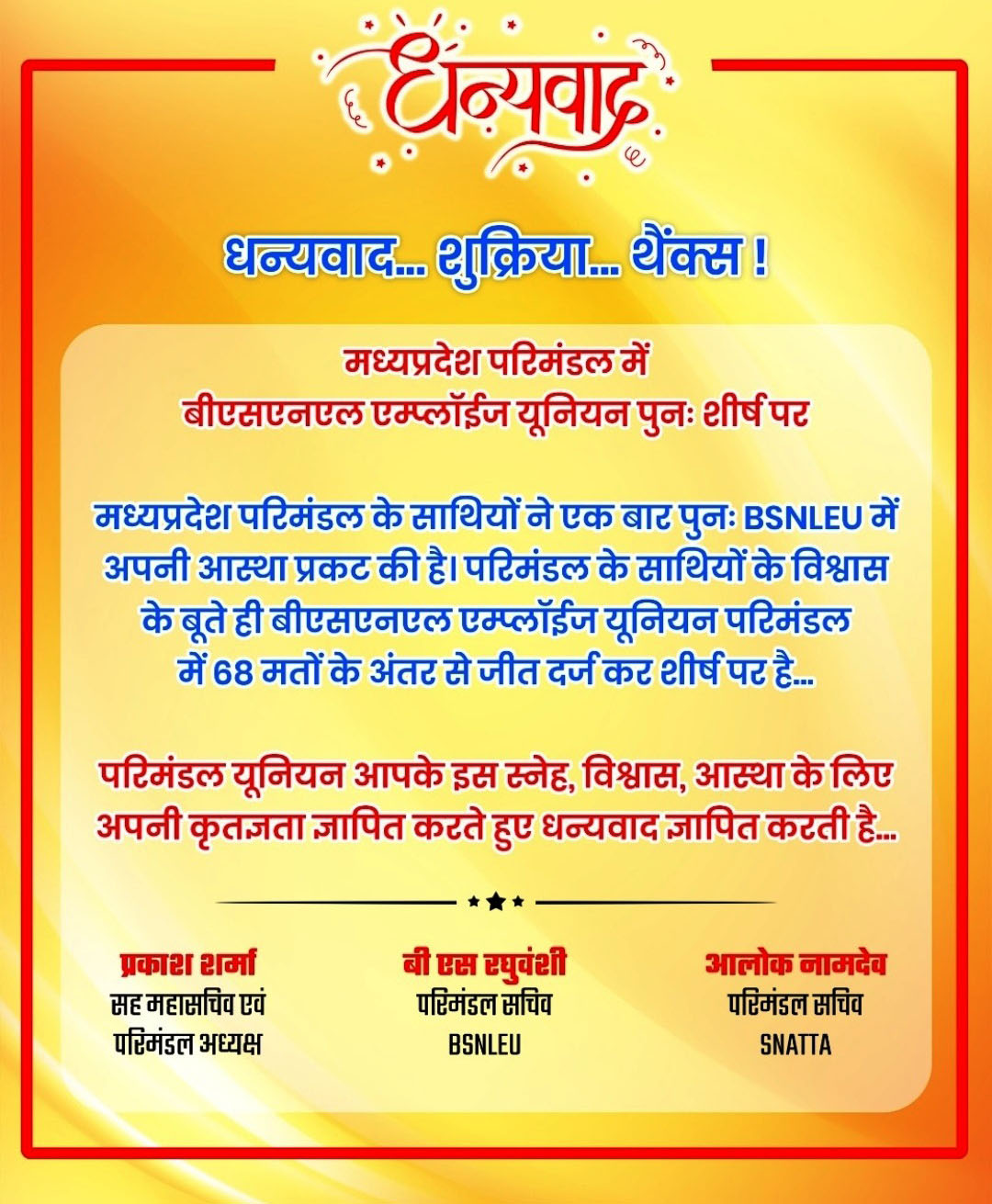 In the recently held election recognition of BSNLEU union, a total of 13 unions fought a battle in the national level elections held on October 12.

In Ujjain division too, BSNLEU is carrying forward its victory, out of total 124 votes, 71 votes, 45 and others got 8 votes.

After the completion of the said election, a look at the results of the election, who got how many votes

According to Chetan Panchal, District Secretary of BSNLEU, in the elections for the recognition of the union, it has won a decisive victory in all the subjects of #BSNLEU, policy determination, transfer and employee interests. Will be able to negotiate with the manager on the subject, act in the interests of the same, which it did last time also,

On the big victory of #BSNLEU, all his colleagues have congratulated each other for the victory by feeding each other sweets and welcoming them with garlands. Members of Employees Union expressing happiness