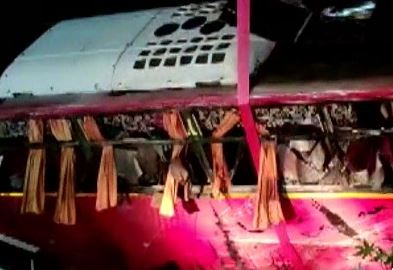 In the Indian state of Kerala, in the Palakkad district of Kerala, a tourist vehicle bus going to Uti collided with another 9 tourists on board, it is reported that 38 people were seriously injured in this accident.

This accident was painful, seeing that the passers-by were terrified, the tourist bus had left for Uti carrying the students and teachers of Baselios Viganiketan in Ernakulam district.

Palakkad Bus Accident: According to the information that came to light in Kerala, five students including a teacher and three passengers of KSRTC were said to have died. The bus had fallen into the ditch.

It is being told that the bus was going very fast.