Ratlam court has sentenced 35 accused to five years imprisonment in the case of 2010 communal riots in Ratlam 12 years ago. The accused set fire to a truck and several other vehicles in Ranipura area and also pelted stones at the police. did

On December 13, in view of the heavy police force and the public’s presence in the Ratlam court complex, strong security arrangements were made because the verdict in the 12-year-old case was to come today.

this was the case

There was arson, stone pelting in communal riots in Sharanipura area of ​​Ratlam, in which some policemen were badly injured and motorcycles, jeeps, auto rickshaws were set on fire and the angry mob took to the streets with sharp weapons.

On the night of September 3, 2010, in Ranipara area, an angry mob of Muslims took to the streets carrying sharp weapons and started vandalism and arson. When the police force went to stop these rioters, the police force was also pelted with stones, due to which some policemen were badly injured.

Seeing the seriousness of the case and the decision, Station Road TI Kishore Patan Wala along with his team force were present around the court premises. Judge Mr. Verma gave his decision before the lunch. taken into custody by the police 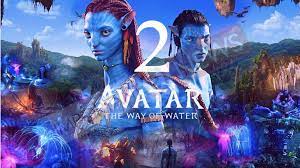