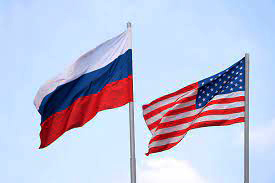 Washington America, after America did not use nuclear weapons to Russia

Even after the great passage with Russia Ukraine war, the war has not reached any decisive stage and Russia is being forced to retreat on the contrary, due to these reasons Russia can use nuclear or any destructive weapon against Ukraine. So that there is a possibility of danger to mankind.

Britain’s national security adviser said in Washington on Sunday that the United States had warned Russia that if Moscow used nuclear weapons in its desperation to occupy territory in Ukraine, the country would it will have disastrous consequences for

All these things can be solved by sitting together and not by the use of war and destructive weapons.

Advisor has repeated the comments several times in three television interviews, he has clarified that this result will be Sen’s economic friend today.