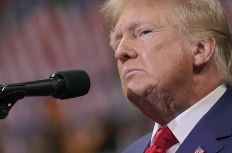 Mar a lago is privileged in the investigation.

There is also the possibility that the Justice Department will file an appeal in the Eleventh Circuit to challenge the order of Florida Federal District Judge Eileen Cannon.

This is the point in which former President Donald Trump approved the petition for the Special Master.

This is what documents were confiscated from former President Donald Trump’s House on August 8. The documents were taken over by the FBI. Since then this matter has come to the fore globally.