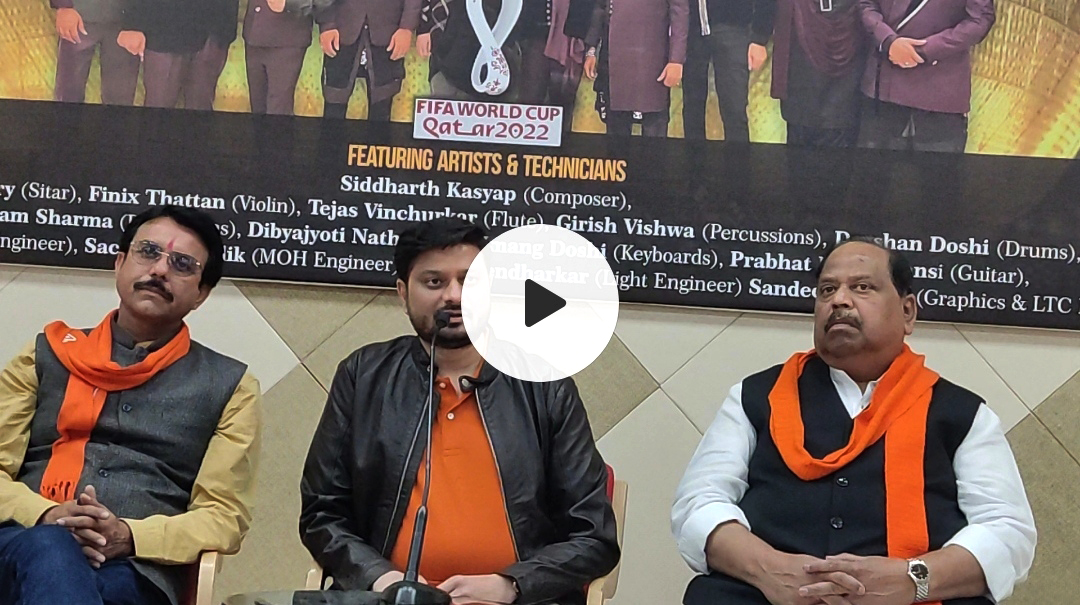 Music Band Specialty Why was the Indian band selected to perform in FIFA?

A new band made up of mixing different music that the world is waiting to hear. Indian Band Perfect Amalgamation FIFA 2022 After Clearing Multiple Exams

Ratlam 7 November 2022. Musician #Siddharth Kashyap, who made Ratlam’s name proud, leaving an indelible mark of his music on the world stage, reached Ratlam. Talking to reporters at the Legislature’s Office here, he shared the experiences of his musician team’s Band Perfect Amalgamation in the FIFA World Cup 2022 held in Qatar. MLA Chetanya Kashyap was also present during this. Musician Shri Kashyap was welcomed towards Ratlam Nagar by the first citizen Mayor Prahlad Patel, specially present.

Music composer Siddharth Kashyap told reporters that his dream of performing on the world stage through FIFA has come true and is feeling proud. The next performances will take place in Dubai and then in London, but during these events, artists from other countries will also perform together. The largest and main stadium in the FIFA World held in Qatar is Lucen, which has a seating capacity of about 80,000 spectators.