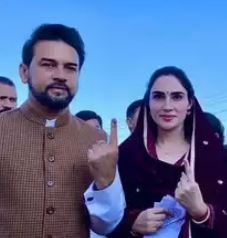 With complete preparations for the 2022 assembly elections in Himachal Pradesh, the percentage graph of those who voted till 11 am was increasing rapidly.

The people of Himachal Pradesh are voting with enthusiasm for the new government. Whose government will be formed is a matter for later. That is the time of examination for the Bharatiya Janata Party.
Voting underway in Shimla and other areas

Keep reading for updates on other news stay with us

In the morning, the elderly young lady men were seen standing in a queue at the booth to cast their vote to exercise their franchise and were seen waiting for their turn.