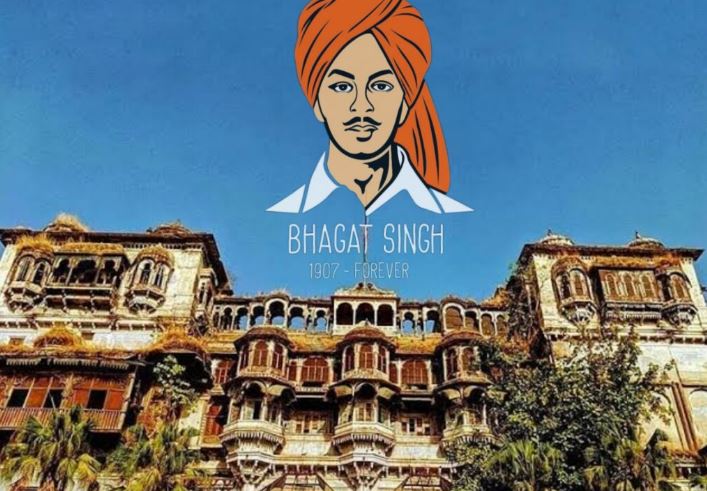 2 km long tricolor yatra in the country, for the first time, the organizer of the faith group, Shaheed Bhagat Singh’s birthday.

2 km long tricolor yatra in the country, for the first time, the organizer of the viswas group, Shaheed Bhagat Singh’s birthday

The birth anniversary of Shaheed Bhagat Singh was celebrated amidst the chants of Bharat Mata and a huge 2 kilometer long tricolor yatra was organized in the city.

Citizens, youths from different corners of the city were entering their vehicles to participate in the yatra, shouting Bharatmata slogans with enthusiasm. And were gathering at the places where the tricolor yatra started.

Seeing the nature of the yatra, everyone’s mind was being pleased, arrangements were made by the city’s mayor, along with other dignitaries, the team of civil administration and the police, to inaugurate the vehicle rally.

Organized by Vishwas Group, this rally was organized in such a grand manner that the line crowd of the spectators gathered. This event was organized on the birthday of martyr Bhagat Singh, who liberated our country, which can be called a true tribute to our martyrs.

The tricolor is said to be the pride of our country, we wave it with pride and pride, for this tricolor we even sacrifice our lives.

Huge Tricolor Vehicle Rally organized on the birthday of Shaheed Bhagat Singh, this time around 5000 thousand two wheeler four wheelers have been estimated to be involved in this tricolor vehicle rally.

The Tiranga Vehicle Rally is being celebrated to remember the sacrifices of the immortal martyrs dedicated to the nation who have played an important role in the freedom of our country. A large number of city and rural youth participated in celebrating Amar Bhagat Singh’s birthday with valor and enthusiasm. And with the songs of patriotism, the whole area reverberated with the slogan of Bharat Mata ki Jai.

The vehicle rally was organized at 12 00 noon from Science and Arts College, which was on the main roads of the city including Naharpura, Ghas Bazar, Chaumukhi Bridge, Chandni Chowk, Artillery, Dalu Modi Bazar, Ganesh Deori, Paddy Mandi, Shahar Sarai, New Road, two lights, and ended at the college ground via Chhatripul.

The information about the huge and grand tricolor yatra was given by the organizers of the rally and in this vehicle rally, about 10000 youth participated and completed the rally successfully.